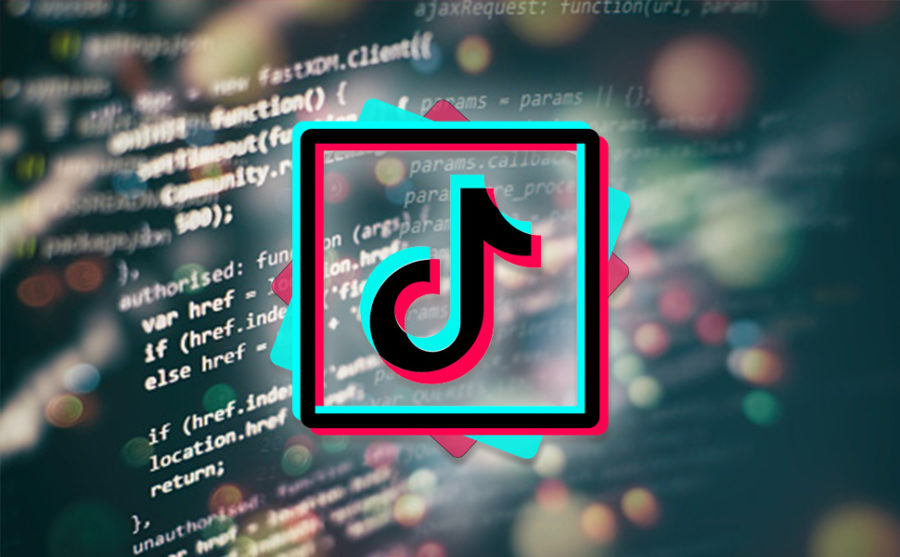 If you haven’t been living under a rock and are somewhat decent with getting on and navigating the internet, then you’ll know that social media app TikTok has become a massive viral sensation.

In August of this year, TikTok was the most downloaded app across all app stores. In the first year, it garnered half a billion downloads on Google’s Play Store alone. Currently, in the US, it has 30 million users within just the United States.

There is no denying that TikTok has become a major player in the social media game. Now though, companies have begun to take notice of what it has to offer for branding and marketing. In fact, TikTok has emerged as a new avenue to boost views, exposure, and sales for ecommerce businesses.

This is thanks to how TikTok has set up their algorithm. Let’s check out the history of TikTok, how people can use it to improve their ecommerce businesses, and the driving factor behind it - the algorithm.

A Brief History of TikTok

The origins of TikTok can be traced back to two friends working together around 2014. They were Alex Zhu and Luyu Yang. They saw the opportunities that technology presented and set about creating a social networking app focused on education of all things.

Through this app that they had envisioned, they wanted to make it possible for children to be able to study from the comfort of their own home.

Apart from that, the app would also give the opportunity to people who wanted to teach but did not have the right credentials with them. The app would pay them based on their work on the app, and they would also garner fame and popularity.

The work began in earnest, and the pair worked hard on it for six long months. When it was launched for the first time, their vision of an educational app didn’t seem to click. Instead, it was heading towards a more entertainment-centric approach.

The developers thought that the users wouldn’t use it for its intended purpose. Instead, they would use it for watching short yet entertaining videos. This is when they decided to pivot the use of their app. Thus, they went back to the drawing board.

After a while, they launched it once more to China and America in 2014. The app was called Musical.ly. This app was one that blended social media and music in a very unique way. Users could create videos with music like lip-sync videos and dance routines.

It was truly the predecessor for TikTok.

It grew in popularity, so much so that it had built a loyal following that would play an integral part in things to come. By 2016, more than 70 million people were using the app, with more than 10 million videos being uploaded each and every day.

Right around the same time in 2016, a Chinese company called ByteDance launched a similar app called Douyin. Within a year’s time, more than 100 million people were using the app.

A year after, ByteDance bought out the Musical.ly app for 1 billion USD. They merged both Douyin and Musical.ly, giving birth to what we know now as TikTok.

The primary users of TikTok were 16 to 24 year olds in the United States. In surveys, they described it as a fun and collaborative space. The various features would eventually be the building blocks of trends and subcultures. 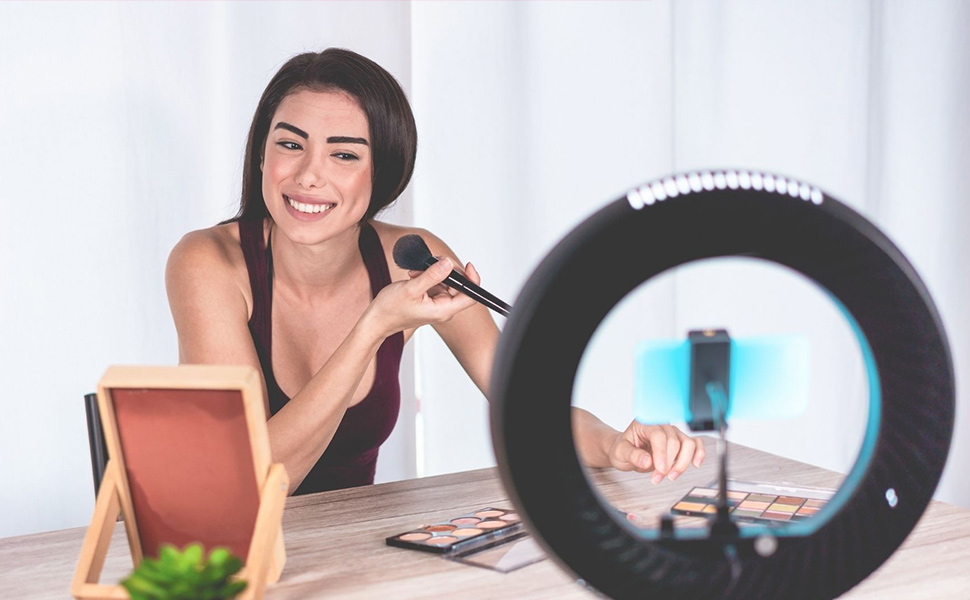 TikTok was in a prime position in the social media game. Vine was another popular short video app that, at the time, was recently put down and left a big hole that TikTok filled. SnapChat was similar, but it could not offer what TikTok did in terms of functionality.

Various things have also found popularity on TikTok. It could be jokes, dances, songs, and even personalities. One user eventually earned millions of followers with his acting skits. His recent swell in popularity led to real acting opportunities.

TikTok has now outgrown its place in the social media market. While it is still an app used socially, large and small businesses are looking to TikTok for its marketing capabilities. This also rings true for ecommerce businesses, like products on Amazon for example.

The explosive popularity of TikTok is not only with the features that it offers. Instead, it has help from its algorithm.

Last June, TikTok did something that blew many people’s minds. Up until then, people were blown away by how the app’s algorithm created unique video suggestions on the “For You” page. Two different users would see vastly different videos.

Many people had theories of how the algorithm worked, but none could be confirmed. In June 2020 though, TikTok offered a look under the hood of their algorithm.

Under the Hood of Tiktok's Algorithm

In a blog post, TikTok revealed that the algorithm consists of various signals. These signals included hashtags used, songs liked, and even the device that the person used.

They outlined the general process of the algorithm. When a new video is uploaded, TikTok’s system shows it to a small set of users. TikTok has already determined that these users would probably like the video. This is based on the past videos that they liked before.

The video is considered “liked” when it is shared to others, when it is viewed completely, and if the creator is shared with other people as well. When that takes place, TikTok then begins to share it to more people. This creates a sort of feedback loop, that when it continues on, creates viral sensations.

When the sharing of the video reaches its fourth share, this can be considered a success and will most likely get a big number of views. 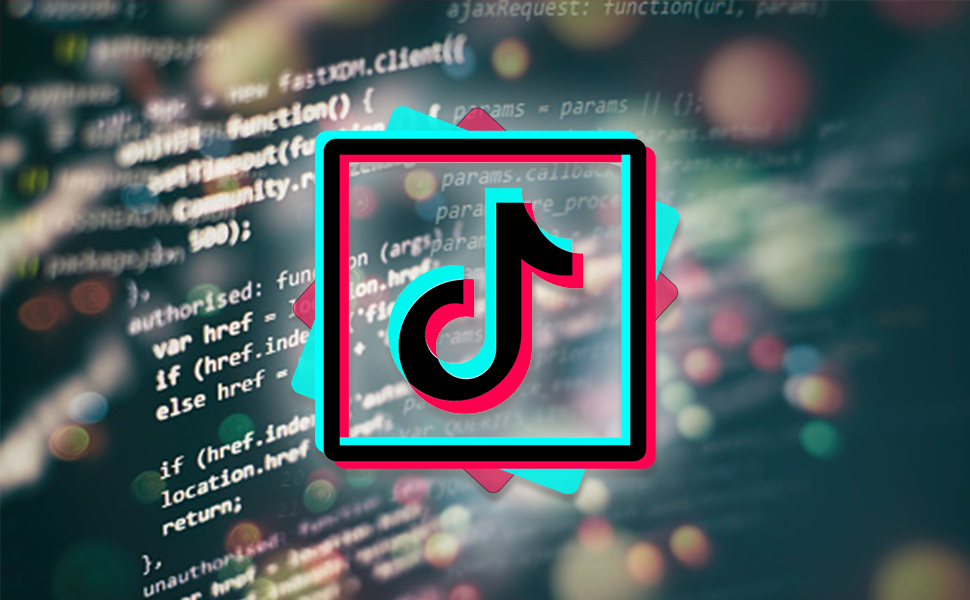 On the opposite side, if the video is not liked, TikTok shares it to lesser people. This limits the reach and popularity of the video.

This approach means that a video’s popularity does not rely on the number of likes and followers that it has. The For You page can include a variety of videos, and this is the reason why.

TikTok also takes into consideration things called “weak signals”. An example of this is the date when the video was published. While the viral nature of videos usually happens when they have just been posted, some videos can still find their way onto the For You page even months down the line.

As mentioned, other things considered by TikTok’s algorithm include songs, hashtags, and even captions. Users may notice that the same song is across a variety of videos on their For You page.

With the insane popularity and power of TikTok, it is no surprise that ecommerce businesses have found a way to leverage the app and its algorithm to drive sales.

If you don’t believe this, let’s take a look at one of the first TikTok and Amazon success stories. This story is from a company that sold beauty products. The company is called Memebox.

Memebox created both their Amazon and TikTok accounts roughly around the same time. Pretty soon, the views for their videos started growing. One account currently has more than 350,000 followers. The amazing thing was they had not used any paid ads or hashtag challenges.

While the example for beauty products, TikTok can be used for a variety of niches and products. One of the trends on TikTok right now is the phrase “TikTok made me buy it”. This speaks to how influential TikTok is in selling products.

Here are a few things that you can follow to utilize TikTok for driving Amazon sales.

The first thing that you should do if you want to use TikTok to improve your Amazon business is to understand how the app works. The community-like feel of TikTok means that users will be able to detect people who don’t know how or what things work in the community.

You need to start understanding what does and doesn’t work, and why. You also need to understand how to best interact with the people on the app. There is a certain vernacular and way of approaching them.

It needs to be a natural fit.

If you observe the videos on TikTok, they are usually quite fun and quirky. Another trend it has is how it utilizes popular or memeable songs to their videos. Be creative in your videos!

Simplicity is also another trend in TikTok. If you’ll notice, the videos don’t really have amazing production quality. It is usually just done on a smartphone and is very brief. Target video content to be engaging and somewhere around 15 seconds would be enough. Simple is sufficient.

The next step would be to create your TikTok account. This is a fairly straightforward process, so you’ll have no problems. It’ll be up in a jiffy.

Identify a Niche and Target Them

It is now time to start producing engaging content. However, creating content is not enough. You’ll need to understand who you are marketing to. Try to find a way to communicate with your ideal audience.

Use Your Algorithm Knowledge

This specific tip works well with the previous one. After you have identified your niche, go and study their behaviors on TikTok as well.

Now that you’ve understood how TikTok’s algorithm works, you should use it to your advantage. This would mean identifying key behaviors within your niche and applying those findings in the videos or content that you produce.

These could be done in songs, song clips, and hashtags.

Another recent trend on TikTok are the hashtag challenges. This is when you engage your audience and encourage them to create videos with your brand hashtag on it.

One of the very first companies to utilize this was Guess. They encouraged people to create video content of them wearing Guess jeans from their new line. The hashtag was #InMyDenim.

This is a good way to engage customers and promote your business or brand as well.

At the same time, there are many other relevant and useful hashtags out there that you can use. A very popular one is #amazonfinds. It has currently garnered more than 700 million clicks on TikTok alone.

Once you post any content, one of the things you need to do is add this hashtag to your post. Due to this hashtag, the sales of beauty products has already doubled in April 2020 when compared to the previous year.

TikTok has its fair share of famous individuals. It may be a good idea to track down the right influencer and start working with them. This will increase your reach within the platform and use their popularity to your advantage.

The beauty of working with influencers is that it is as untraditional as it comes. The one thing you need to understand is that the predominant users of TikTok belong to Generation Z. This generation will typically shy away from any ad that looks traditional.

The TikTok influence will serve as your engagement and connection to the users; something that they have already if you select a popular one. However, it isn’t only about selecting a popular one. You should select an influencer that shares your target audience or niche.

Make TikTok’s Algorithm Work For You

We hope that everything we have talked about until now has shown you the power, reach, and influence that TikTok can have for your Amazon store.

The one thing that you best remember is how the algorithm of TikTok works. In truth, everything that you do when you hop on to market on the app will be driven by the principles of the algorithm. If you apply it correctly, you can harness the popularity of the app and make it work for you.