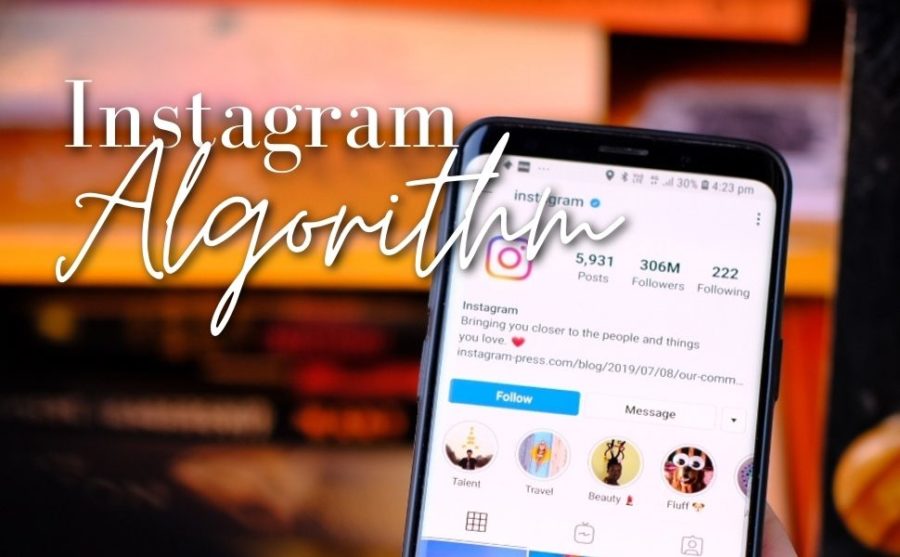 Instagram has taken the quick bite attack of many social media apps and capitalized on the visual element. As it stands, Instagram is one of the top five social media channels for marketing.

Trends indicate that Instagram will remain in the top positions for years to come. For those marketing and advertising a product, service, or business, Instagram is a platform that needs to be utilized.

In a time when various social media channels act as relevant and viable paths to income, it becomes more and more important to understand how posts get more views on the platform. The key to solving this is in understanding Instagram’s algorithm.

An algorithm is a set of rules that direct how certain tasks are done. In Instagram’s case - much like any other social media platform - the algorithm dictates what videos or posts are pushed to the top of the feed and which are seen by more people.

Each algorithm is different, with each platform utilizing a different set of rules or signals to evaluate and place each post.

Whether you are an influencer, in marketing, or operating a business, diving deep into the science of Instagram’s algorithm is a sure fire way to improve your efforts and get the views that will bring your product or company into the limelight.

Like many successful companies, Instagram has had many various changes over the years. These changes include their logo, the general look of the app, and even how their algorithm works.

It is a worthwhile endeavor to look at how Instagram’s algorithm has evolved throughout the years. Understanding why the algorithm has changed and what changes were made will shed light on what Instagram deems useful or important. 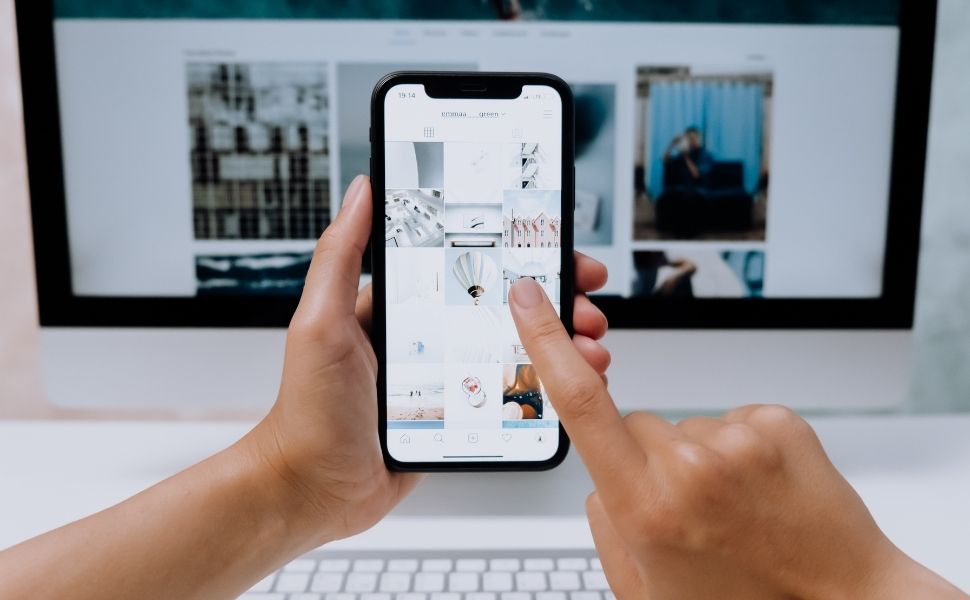 Instagram hit the market in late 2010. Initially, only Apple users could download and use the app. People who downloaded the app could upload photos and add filters. It is a far cry from the capabilities of Instagram now.

At this time, there was no algorithm in action. All the photos that were posted at this time were just ordered chronologically. It was a simpler time with simpler rules back then. Newest posts came up and you could just scroll through all the older photos.

Despite how simple Instagram’s capabilities were, in just two short months, the app had surpassed one million downloads. It was a sign of success that would continue on through the years.

From 2010 to 2015, the algorithm would not come to be. However, there were certain interesting milestones that need to be mentioned.

In January 2011, hashtags were introduced into Instagram. These allowed for easier grouping of posts, as well improved search functions.

As May of the same year rolled around, another significant feature was added which was the ability to tag people in photos.

Over the next few years, other features were introduced and milestones hit. They include things like introducing videos to Instagram, introducing ads, and more than 400 million active users reached.

The year 2016 was when everything changed for Instagram. It was the year that the algorithm of the platform was introduced. For five years, Instagram posts were like the wild west. The newer the post, the more it was visible.This meant that there were some posts that slipped through the cracks and were inevitably missed.

The Instagram team wanted to remedy this when March 2016 rolled around. Instead of sorting posts in chronological order, they introduced an algorithm that would sort posts using new rules. This was a huge game changer as people and companies posting were vying to be seen.

With chronology thrown out, posts were now being sorted in terms of relevance to the people using the app. The Instagram team explained that certain factors came into play when sorting by relevance.

These factors included how likely the post was going to be relevant to the user, the engagement with the post, when something was posted, and the relationship to the poster just to name a few.

This change mixed up how people produced posts. Instead of creating generic posts, people and even companies needed to create engaging content that was more engaging. Thus, content was being created specifically for Instagram while the posters were using tagging to bolster their posts.

As August came, Instagram added a new wrinkle to their app. They introduced stories that were sharable to friends and playable for just 24 hours.

Instagram was never one to be left behind. Like many companies, the ability to continue evolving is what garnered Instagram the success it now enjoys. The Instagram team kept working on their algorithm. This time, they introduced specific factors that the algorithm looked at.

Apart from these factors, 2017 brought about the ability to place multiple photos and videos in one post, users could search stories by locations and hashtags, and archiving for stories.

After 2017, Instagram consistently built upon the algorithm changes that were recently introduced. There are still several factors that the algorithm uses as signals for recommending posts on a feed. Some factors have stayed the same while others have changed.

Things like interest, relationships, and timeliness are still factors that the algorithm draws from. In this time frame, other factors were introduced.

For one, frequency and usage are now being taken into account. If a user uses the Instagram app a lot, then going viewing the feed multiple times in a day may often feel like it has reverted back to chronological order. If the user uses the app less, then the algorithm is more likely to serve up fresh content.

Next up is a user’s following. If a user follows many different people, personalities, and brands, then the algorithm will most likely serve up content from these connections.

The fact that Instagram will constantly update their algorithm doesn’t mean that we need to wait for the buck to stop before taking action. Let’s dive deeper into the Instagram algorithm and find out ways that you can make it work for you. 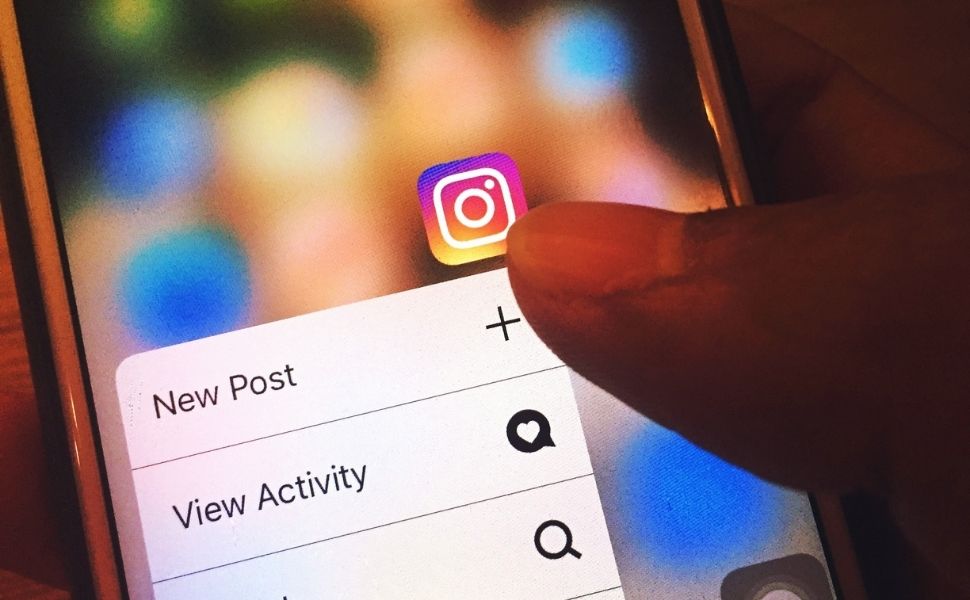 Our first tip to making the Instagram algorithm work for you is consistent posting. This acts like a gateway to any new person. In any club, activity, or endeavor, the person who consistently shows up and puts the work in is more trusted. It is no different with Instagram.

People who want to rise through the ranks need to create and maintain a relationship with the Instagram audience.

Now consistency doesn’t mean that people should post every day. This may drain the content creators. Instead, consider setting a calendar for your posting and sticking to it. For the calendar, the goal is to create a sustainable flow of content that users can look forward to.

Our final tip for this is to set and stick to a schedule that you are ultimately comfortable with. If your schedule is one that users are aware of, but then fall off it, it may negatively impact the relationship you build with your audience.

Reuse What You Have

With a schedule at hand - even a modest one - it may still seem extremely draining to churn out creative content for Instagram. The solution here is to reuse the content that you have already produced, albeit in smaller chunks or in different formats.

The big benefit in doing so is that if the content has already been featured by the algorithm, then that factor does not change. It stays liked or chosen by the algorithm. When reusing the content, it also saves on time and precious brain energy for creating more content.

Let’s take a look at some examples of this reusability idea in action. If you have a video for example, you can cut certain parts of it up and make them gifs. You can also take some shots from the video and make them photo stills.

If you have enough photos, whether they are taken from videos or just amassed over the last few weeks or months, you can put them together and make a slideshow video using it.

There is also a certain strategy that needs to be implemented when posting on Instagram. The time of posting is as important as the content that you are posting.

The algorithm highlights certain posts and stories within the first hour that they are posted. Thus, if you can surmise when the right time to post it, you can instantly get those views from your target audience.

The right time to post largely differs depending on the people you are targeting. In order to better understand the right time to post, head to the Insights area. From there, look at your Total Followers and look for the metric, “Most Active Times”.

The data here will tell you when you should be posting.

When uploading photos on Instagram, there is an option there to upload alternative texts that will accompany your photo. For many people who post, they usually don’t bother with this.

If nothing is placed in the alt text area, then Instagram will take a look at the photo and place its own alternative text. The downside is that the suggested text is hit and miss, as the algorithm only posts general ideas.

Place more specific alt texts on your photos. For one, these largely help with Instagram users who are visually impaired.

Furthermore, while these alt texts may not largely tip the scale of the algorithm, they may allow the algorithm to add more context to your post and use it for its recommendations.

Another tip we can give is to use new features that Instagram puts out. The reasoning here is that the algorithm will slightly favor these new features in order to push them into the public psyche and ensure that they succeed.

Recently, Instagram debuted Reels. Keep your eyes peeled for newer features that you can utilize.

When posting to Instagram, don’t forget to interact with your audience and encourage them to participate in your posts. Whether it is direct messages or replies to your stories or posts, the algorithm will take all of this into consideration.

If users constantly engage in your posts by posting replies or directly messaging the post to another person, then your future posts will most likely continue to surface on their feeds.

An easy way to do this is to utilize the polling feature in your stories. After your story, be sure to leave a poll and ask a question that will yield a short answer. It could be just a simple yes or no, or just an answer consisting of a couple of words.

Apart from these, the poll can be used for so many other purposes. You could seek feedback for a product or service, ask for ideas, or just have fun with your community.

Finally, Instagram posters also need to strategize their hashtags. Hashtags are becoming an important and powerful part of Instagram. As such, planning out the hashtag for each post instead of just posting random ones can largely improve how the algorithm interacts with your post.

Using better hashtags can not only surface your post to more people, it can also attract new followers and even businesses to your post.

An easy way to do this is to use the Hashtag Suggestions feature of Instagram. This feature automatically comes up with hashtags that it thinks will fit your post based on other hashtags that you have placed.

Instagram will likely keep on iterating to constantly improve their platform, their services, and even their algorithms.

Our final tip for you is to keep a finger on the pulse and keep diving deeper into the latest changes of the Instagram algorithm. Arming yourself with the knowledge of how the algorithm works will always be a helpful step in utilizing it to your advantage.